Paid features are only available when the app is installed via Google Play.

NOTE: the firewall feature is not available with the root capture

The firewall feature complements traffic visibility provided by PCAPdroid with the ability to block connections. This combination becomes a powerful tool to increase your privacy.

Most apps implement some sort of analytics and periodically phone home, possibly sending out sensitive data. When monitoring traffic with PCAPdroid, you may have noticed that even some system apps like the camera or the photo gallery make connections to the Internet, which is at least unexpected. As most of the traffic is enrcrypted, it’s not easy to determine what kind of information is sent to the remote server and if that connection is actually required to implement the app functionalities or it’s only used to send out analytics. 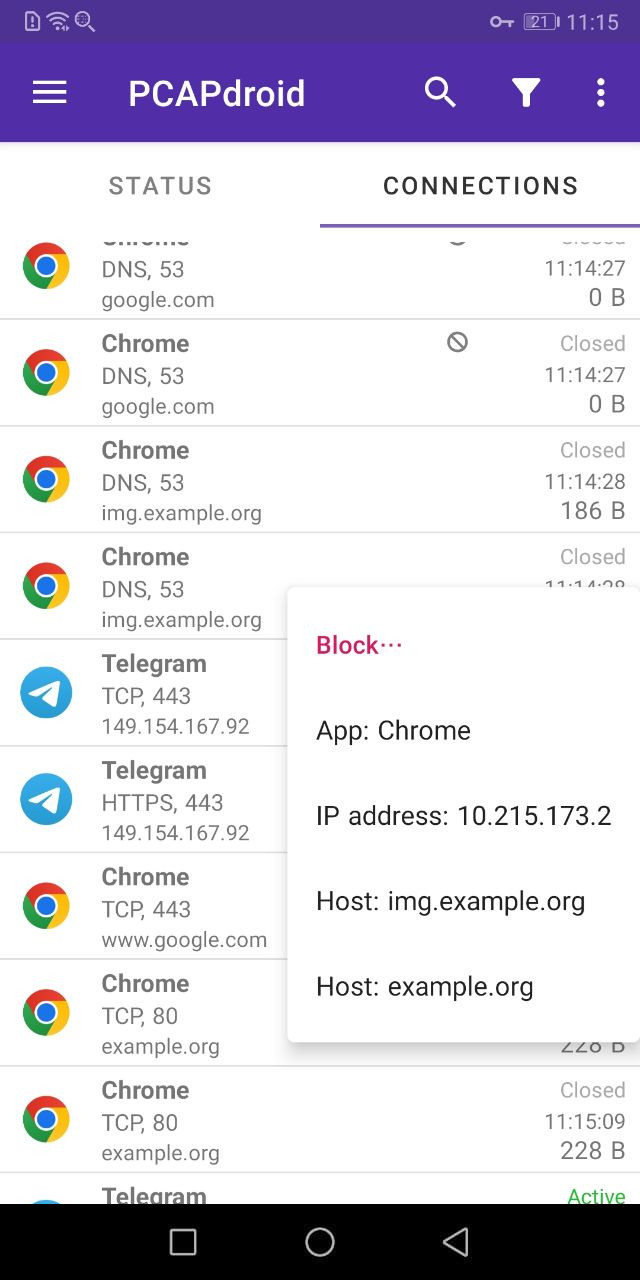 The block rule will be applied both to the active connections and to the new connections. A ban sign helps you identify blocked connections. You can easily review all the blocked connections by tapping the filter icon in the action bar and appying a Blocked by firewall filter. You can unblock a connection by long pressing it and choosing unblock from the context menu. You can also review and delete the blocking rules from the blocklist tab as explained below.

From the left drawer, you can access the firewall settings and status. 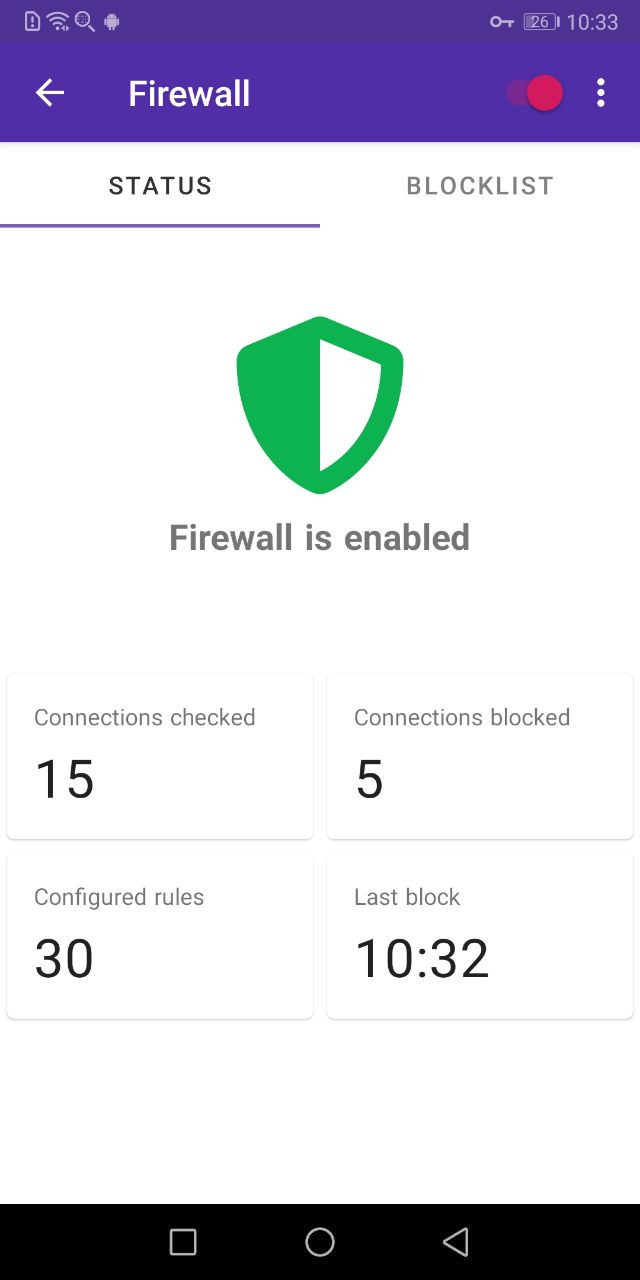 In the blocklist tab you can see the set of blocking rules. You can long press rules to select and delete them. You can also export the rules to a file to backup them or share it with other people, who can add them to their existing rules.

You can also block apps directly from the Apps view, by long pressing an app. Blocked apps can be visually identified via their ban sign. 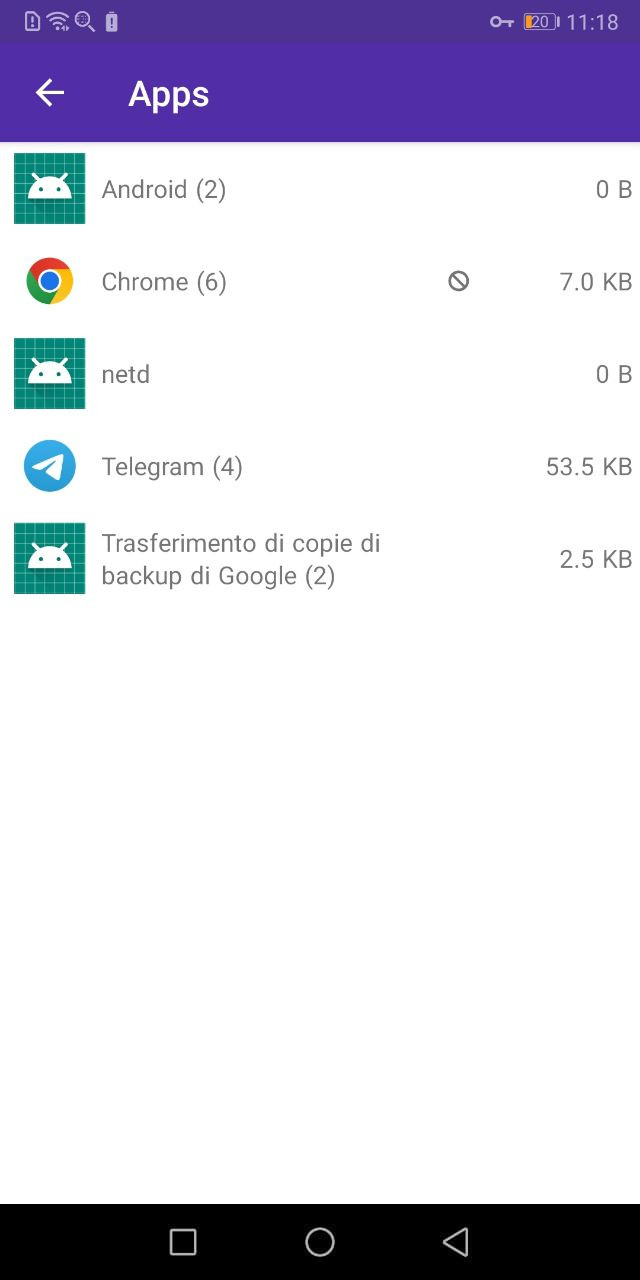 When blocking an app, keep in mind the following:

The malware detection feature enables PCAPdroid to detect malicious hosts by the means of third-party blacklists. The detection is only active when the capture is running. Since version 1.4.5, when running in the default VPN mode, PCAPdroid will also block all the traffic directed to and coming from the malicious hosts. Blocking does not occur when running in root mode.

Today our devices are exposed to a variety of threats: phishing, online scams, ransomware and spyware to name a few. When it comes to security, precautions are never enough and no solution will fit all the needs. The malware detection feature of PCAPdroid can help detecting malicious connections as they happen, bringing the possible threat to the user attention, as well as preventing damage by blocking the communication. Here are some contexts where it finds applicability:

Whenever PCAPdroid detects a malicious connection, it reports the event to the user via a notification.

You can manually test the detection by visiting the legit website www.internetbadguys.com. The notification reports the app which made the connection and the IP address or domain which triggered the detection. By clicking on the notification, it is possible to get the list of all the malicious connections made by the app. 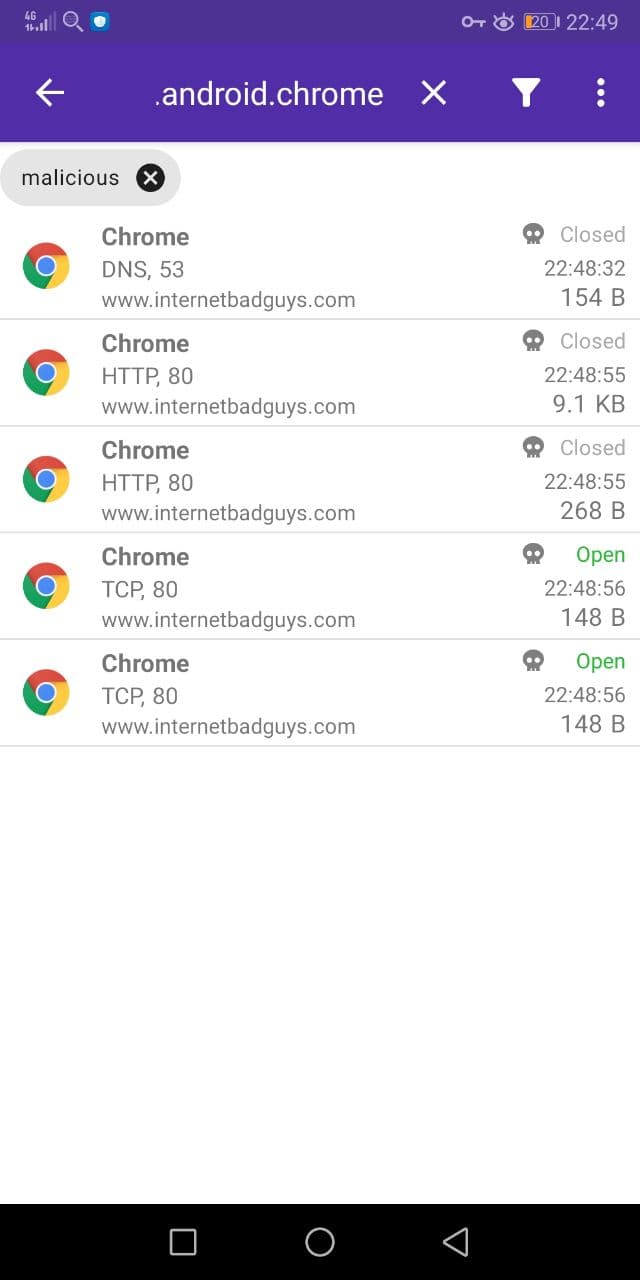 The “malicious” connection filter can be applied at any time from the “Edit Filter” dialog. The malicious connections data is lost once the capture is stopped. When a connection is blocked, a “ban” sign is shown next to the malicious indicator.

In this case, PCAPdroid has blocked the communication with the malicious website. 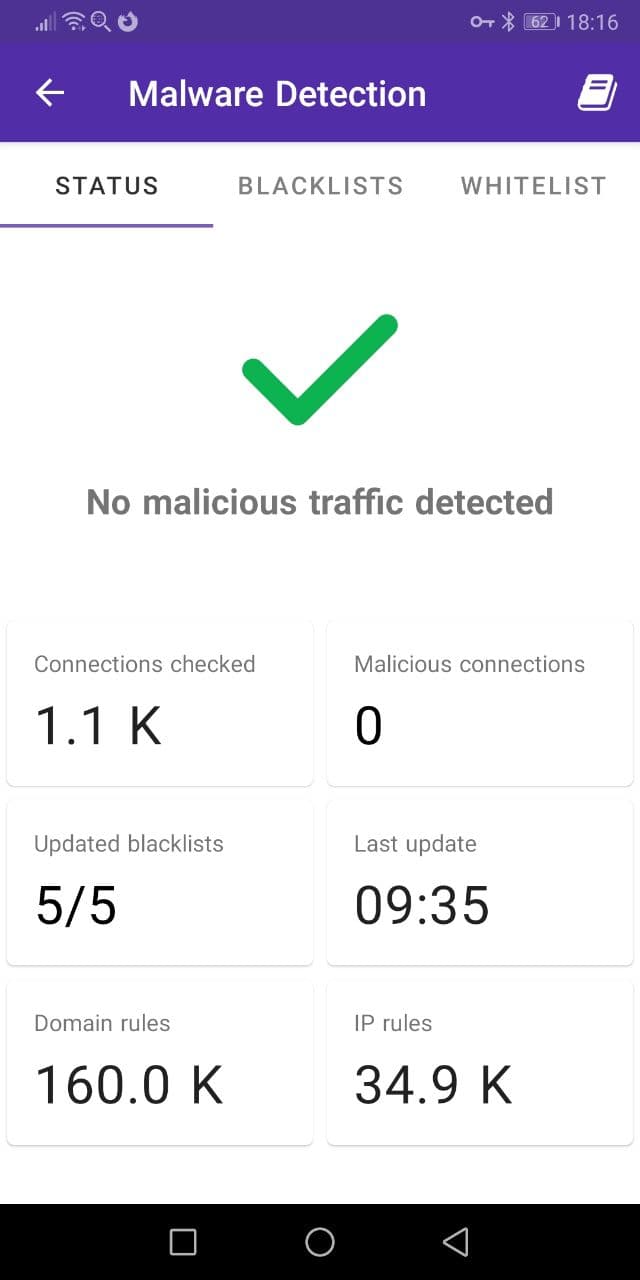 A green checkmark indicates that no malicious connections have been detected during the capture. It is replaced by a red danger sign if malware traffic is detected. The cards below the mark provide some indicators for the malware detection:

The “Blacklists” tab shows the status of each individual blacklist in use. 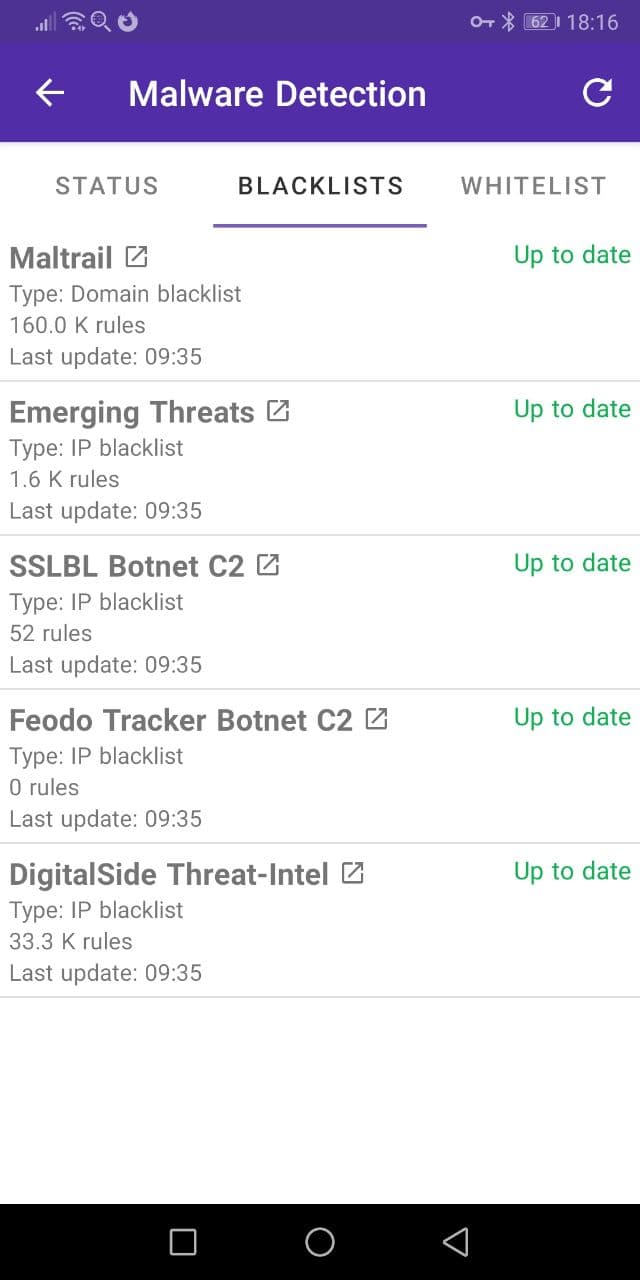 Finally the “Whitelist” tab show the rules which are part of the whitelist. If the malware detection gets triggered by a false positive, you can long press a malicious connection and whitelist the genuine IP, domain or even the app.